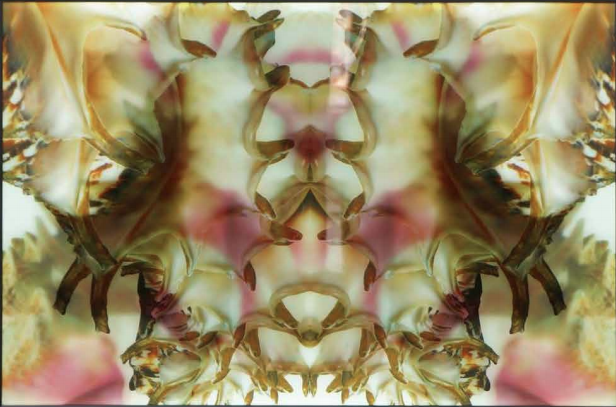 David Gumbs is a multimedia artist from the island of Saint-Martin.

His research investigates the spectator’s perception and mental landscape. Discovering the Martinican and Cuban flora triggered a vivid passion for mythical forest Gods in island cultures. This was the beginning of an identity quest through the exploration of topics dealing with the offscreen of perception, the cycle of life, the visible and invisible, and rhizome graphical macroscopic universes. His polymorphic art reveals the interbreeding and hybridization process in the collective and individual unconsciousness in Caribbean imagination. David Gumbs’s artistic approach is based on a famous quotation from XVII th century French philosopher and chemist Antoine Lavoisier : « Mass is neither gained nor lost, merely transformed ». Thus, infinite scale, memory, and the Sacred, are themes that emerge from larger topics of interest such as inner/outer landscape of the offscreen. These immersed spaces reveal personal inner projections from the unconscious, and emerge his « Mental Archeology » through others. His research indeed focuses on the different feelings, emotions, and stimulations that build memory.