Stereotyping establishes an arbitrary set of societal norms/rules that benefit the majority while it disenfranchises other groups of people. Katrina’s work challenges stereotypes placed upon people of color (the Other), that once had scientific research qualifying them, and how these ideas or stereotypes have become a part of how we see each other, whether consciously or unconsciously.

In her practice, Katrina often creates large scale (4’ or greater), color reduction wood cuts portraying white men in black face, or more recently, watermelon face acting out a stereotype that is most often placed upon people of color. Katrina specifically uses white men as they are typically seen as figures of authority, and are historically the perpetuators of stereotypes against people of color (though people of color often enforce these same stereotypes in their own communities, but it’s not as pervasive, as people of color are more self-aware of these actions most often). Katrina also uses non-people-of-color in her work so the prints aren’t misperceived as being an expression of black culture. The fact that they are sometimes seen as that, speaks to the truth of how well engrained stereotypes against people of color are in our culture. 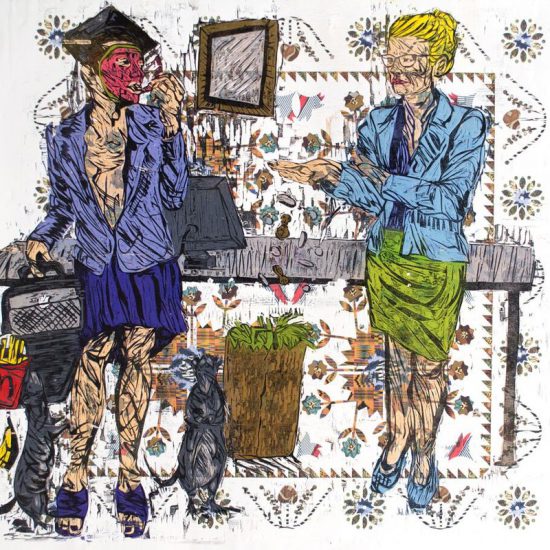 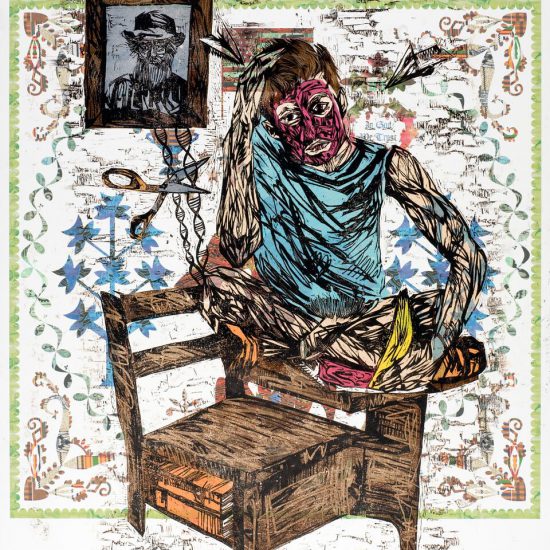 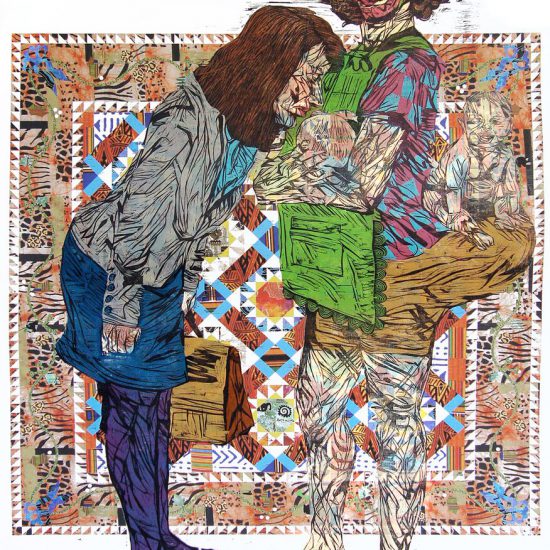 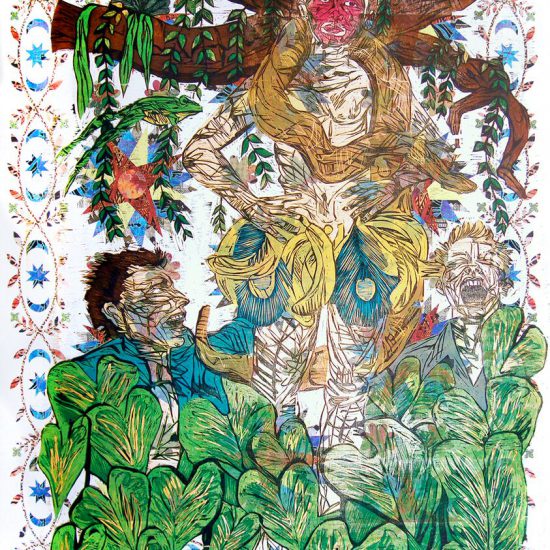 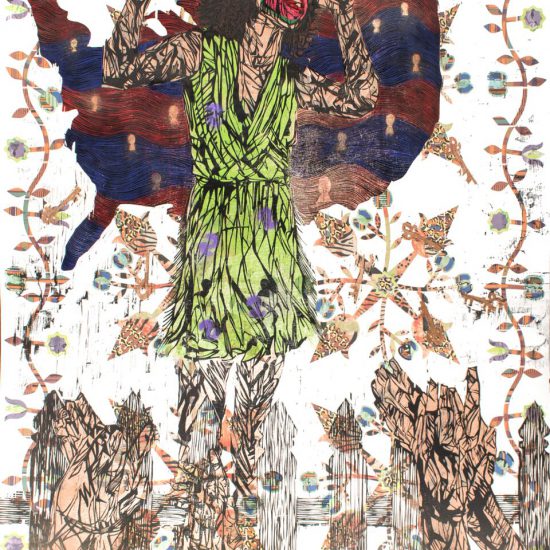 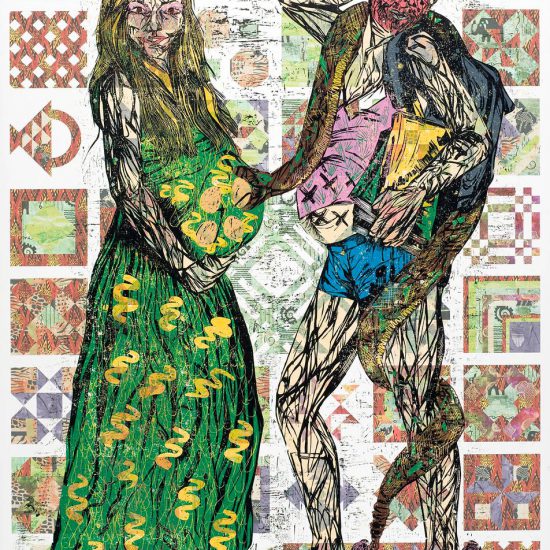