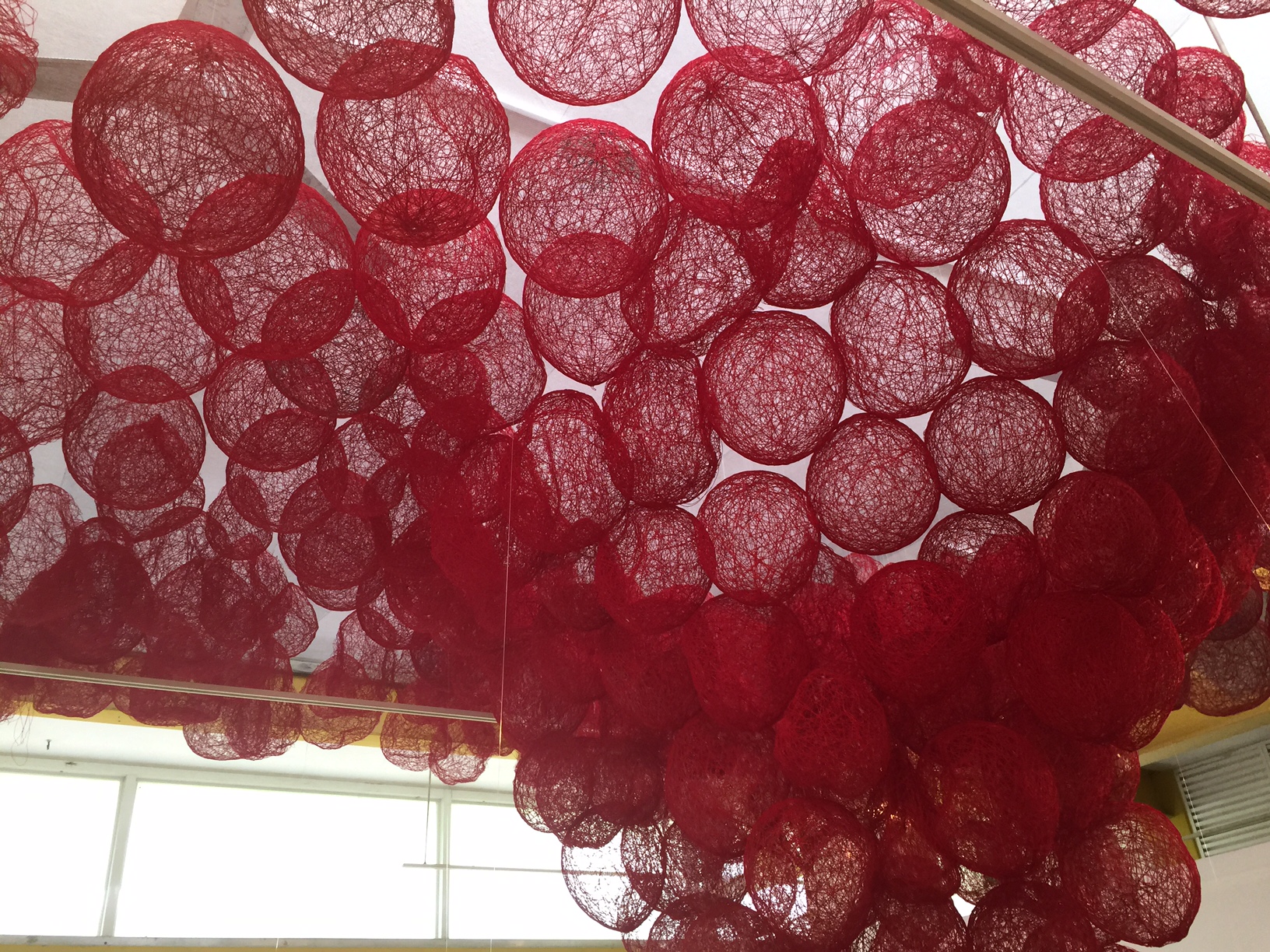 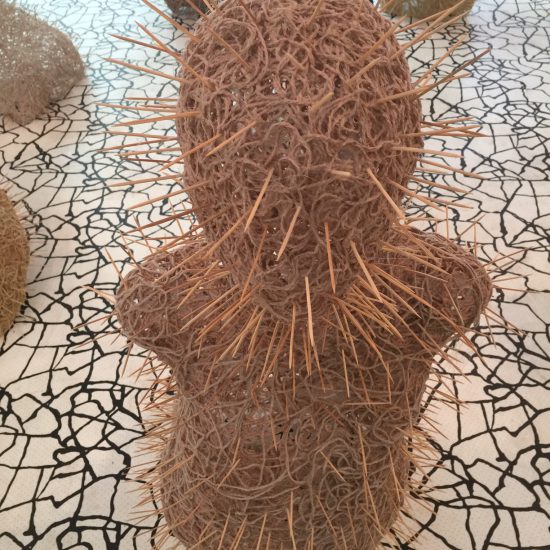 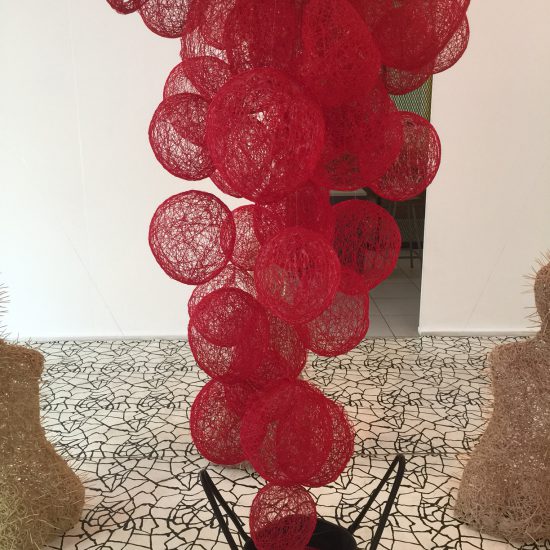 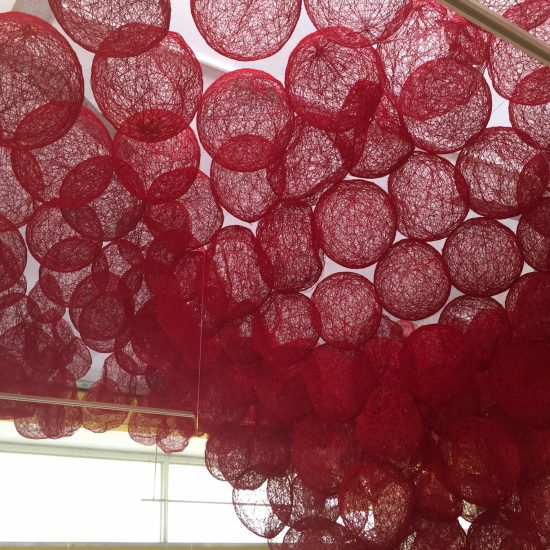 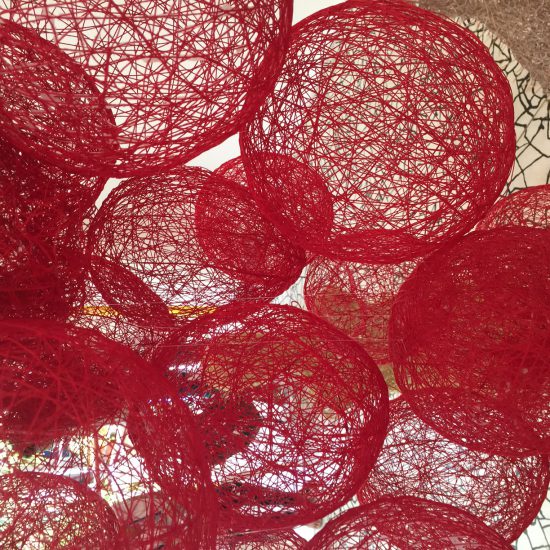 Nadine Natalie Hall was born on March 17, 1976 and is originally from Bull Bay, a small coastal community in East Rural, St Andrew Jamaica. She has completed a Bachelor of Fine Arts (BFA) degree, majoring in Textiles and Fibre Arts at the Edna Manley College of the Visual and Performing Arts, where she was enrolled from 2011-2015. She is also a graduate of Excelsior High and Harbour View Primary schools. Before embarking on her lifelong dream of becoming a Textile Designer and Fibre Artist, she has worked in Market Research as a Research Interviewer; as a Customer Service Representative; Fashion Designer and Interior Decorator. However, her earliest influences into the world of textiles were spawned from her childhood, where she would watch her mother – a dress maker – transform yards of ordinary fabrics into beautiful garments. Her interest in textile design was further influenced by her experiences in the art department at Excelsior High School, where she was exposed to silkscreen printing and leather craft. She received distinction in CXC art and was awarded Most Outstanding Art Student at her high school graduation.

As a student at Edna Manley College, Nadine embarked on several explorations with prints, fibres and textiles; and out of these explorations several outstanding works were created, which ranged from fashion, interior and fibre arts. However, her most notable bodies of works are: Sacred Bodies: 66 Names and Counting, 2014; Trapped, 2014 and Heirlooms, 2015 – which was exhibited at the Edna Manley College 2015 Rex Nettleford Arts Conference, where she was invited to do a presentation about the work. At her graduation at Edna Manley College, she received awards for her academic performance which included: The Principal’s Award for Most Outstanding Student for the School of Visual Arts and The Craft Wicker and Things Most Outstanding Researcher.

Miriam Smith – Acting Director of the School of Visual Arts – in a statement about the artist asserts: “Nadine has demonstrated her ability as an outstanding student who is recognized by faculty and students for her exceptional intellectual capacity, innovation and commitment to developing her practice. She received the highest GPA within the School of Visual Arts and presented an exceptionally well formulated project for her Final Year Independent Study presentation, which was widely regarded as the most innovative and transformative visual arts project, developed by a final year student over the past ten years, particularly within the Textile and Fibre Arts Department.”

A passionate fibre artist and avid designer of patterns and prints for fashion and interior, she hopes her works will inspire people, locally and internationally, and cause them to ponder on the roles and significance of the intangible, and how their values evolve when presented as tangible within the context of forms, figures, fibres and fabrics. The underlying aesthetic responses in her artworks are imbued and nuanced with issues relating to memory, identity, traditions,

continuation and legacies – which in her assertion- are factors which invariably influence the human spirit and experience. Her visual representations are both profound and whimsical, but spoken within a language most eloquently verbalised through explorations and introspections conceptualised through prints, fibres and fabrics.

HEIRLOOMS inatallation is a reflection on my legacy, heritage and identity. The work depicts a celebration of my life, the influences and my journey as a textile artist and designer. It pays homage to my mother Hazel Veronica Beckett who passed in October 2013, whose life’s work as a dressmaker made an indelible impact on me. As a child I used to watch my mother sew and I was fascinated by how she would get a plain piece of fabric one day, and the next day it would be transformed into beautiful garment; I thought this was magical, and I wanted to create magic just like her. This installation celebrates who I am and what I have received as an inheritance – not as material objects – but as a legacy enshrined in everything textiles. It celebrates my gifts and talents as well as the memories I have shared with my mother: our trials, our tears, our laughter and the emotions which were often unspoken.

The overall concept of the space represents a combination of patterns, forms, colours and contrasts, which together create a kind of wonderland – my happy place. After my mom’s passing I inherited one of her most prized possessions – a hand bag – not much for an inheritance, but for me it is significant – as the only physical possession that still joins me to her and commemorates her memory. The female figures are the guardians and testators of the legacy. The fibre balloons represent the intangible possessions such as memories and experiences; in some instances all we inherit from our loved ones are treasured memories. The cracked pattern on the flooring represents a common ground – the fragility of our current existence. The repetition of circular forms reflects the perfect continuum of ritual that connects the past to the present, and the present to the future. 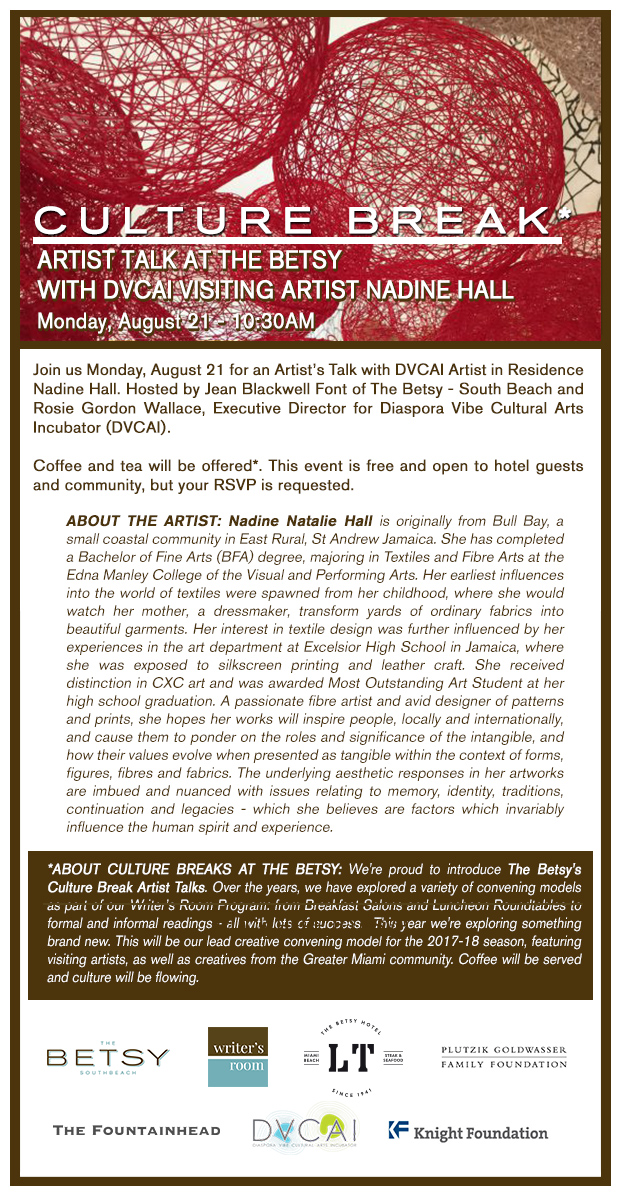